ReFraming Justice Takes on Sentencing Reform at the Arizona Capitol

I’m proud to work for a company that advocates so strongly for criminal justice reform. And we’ll amplify our voices on Tuesday, Jan. 22 at the Arizona State Capitol to help move #cjreform forward in our state.

The American Friends Service Committee in Arizona—a prison reform activist group based in Tucson—will lead the first-ever ReFraming Justice Day to address mass incarceration, the flaws within the U.S. criminal justice system, and sentencing reform. These are three conversations that need to be ongoing in every U.S. state and at the federal level.

The day at the capitol will begin with a press conference led by Piper Kerman, bestselling author of Orange Is the New Black, and Pat Nolan from the American Conservative Union’s Center for Criminal Justice Reform. Together, they’ll announce plans for Just Sentencing reform legislation, which is long overdue. Arizona has some of the most restrictive sentencing laws in the country, with every person who is incarcerated required to serve a minimum 85% of their sentence—regardless of good behavior. This bill would reduce the 85% rule to 50% for people incarcerated for non-violent offenses, and to 65% for those with more serious convictions—provided they participate in programs and exhibit positive behavior. Approximately 17,000 people (about 30% of the prison population) could be affected by this strategic policy change, which would enable many men and women in Arizona State prisons to be released sooner, rejoin their families, reunite with their children and start to rebuild their lives. There’s a powerful article in last week’s Tucson Weekly that talks about the importance of this legislation and what it will mean to thousands of people in Arizona prisons today.

Additionally, the press conference will give the media an opportunity to interview speakers and participants, which will hopefully ignite a national conversation and spark meaningful and immediate action. The goal driving criminal justice reform is to help those incarcerated successfully transition back into families and communities and end the revolving prison door once and for all.

Working at Televerde and with the non-profit organization Arouet Foundation, I’ve seen up close the transformation that is possible when we rehabilitate through empathy, education, job training and opportunity. I’ve watched close to 3,000 women change their lives on the inside and then successfully reenter society and go on to lead healthy and productive lives. We owe it to ourselves to give people a second chance, as well as the support and resources they need to change. Several of our graduates will speak on Tuesday to share their personal stories. My hope is that they begin to change hearts and minds, and chip away at the stigma too often and too easily attached to the incarcerated.

Tuesday’s event will be the largest group of criminal justice reform supporters ever assembled at the capitol. Through dialogue and real-life stories, we hope to educate people on the importance of progressive criminal justice reform, and how it will positively impact communities and families for generations to come.

I’m thrilled to be a part of it and to lend my voice to help drive meaningful change. Be a part of the solution. Join us at the Rose Garden at the Arizona State Capitol and let’s make history! 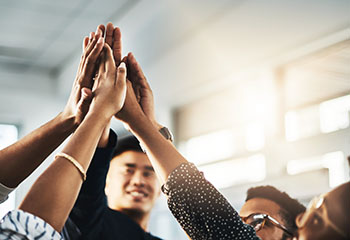